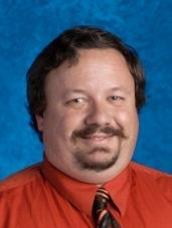 BA in History, Political Science, and Sociology with emphasis in Criminology Master in Education

I graduated from Winthrop University in 1999 after previously attending Clemson University for two years, all after graduating from York Comprehensive High School. I spent time working for the State of South Carolina as a Probation and Parole Agent and as a DSS Investigator. That was followed with employment in the private sector for several years with what is now known as Snyder's/Lance as a route driver. After going back to Winthrop and obtaining my Master's, I found employment in the Rock Hill School District at Northwestern High School. I generally teach U.S. History, World Geography, and Government/Economics. After school, I am the head coach of the Lady Trojan's JV Girl's Soccer Team.
I have four children and reside in Sharon, SC.

Check out my class page.