Ron Roveri is the Director of the Applied Technology Center. He began his new role in July of 2017. His career began in the Automotive Industry in 1984 working for Shell Oil Company as a full service station attendant and Maintenance Light Repair Technician. He transitioned into teaching in 1990 in Barberton, Ohio, where he taught Industrial Technology.  In 1992, he moved to Rock Hill, SC and taught Technology Education and coached until 1999. His administrative career started in 2000, where he served as an Assistant Principal in Rock Hill for 2 years. His passion for Career and Technology Education then led him to a career at Floyd D. Johnson Technology Center in York District One as Assistant Director and Work Based Learning Coordinator. He later became the Director of FDJTC in 2004, and served as director until January of 2016. After leaving his post at FDJTC, he served as the South Carolina State Director for Career and Technical Education at the South Carolina Department of Education for a year and a half.

Ron is a native of Ohio from a large family. Along with having a twin sister, he also has twins of his own. He has been married to his wife, Monica for 25 years. He enjoys building his project car, learning to fly and being on water. He has served as the Secretary, Treasurer, President-Elect, and President of the South Carolina Career and Technical Education Administrators (SCCTEA). He was named the CATE Director of the year for 2011 by the South Carolina Association of School Administrators (SCASA). Ron is currently an active member of SCCTEA, SCASA and Advance CTE. 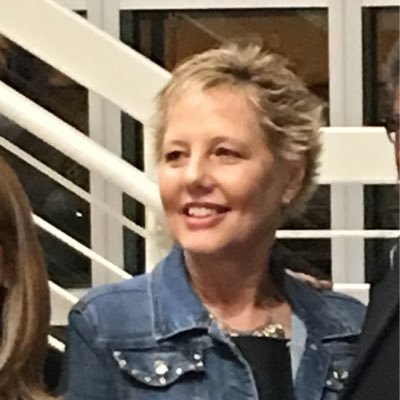 Mandy Wolff serves as the Work Based Learning Coordinator for the Rock Hill School District in Rock Hill, SC. Mandy received her Bachelor degree from Bryan College in Dayton Tn. and her Master’s Degree in Education in Secondary Guidance Counseling from Winthrop University. Mandy worked as a SC Probation/Parole agent for 10 years setting up community service work sites for probationers. For 10 years, Mandy worked as a Guidance Counselor for a private school and has been working in the Rock Hill School District for the past 12 years. She gained extensive experience in building partnerships between business and education, including work-based learning activities (shadowing, internships, and apprenticeships). Mandy has received a grant for the last three years to connect local businesses, the college and technical schools in the area, and the high schools to one another to form a talent pipeline between the three entities.