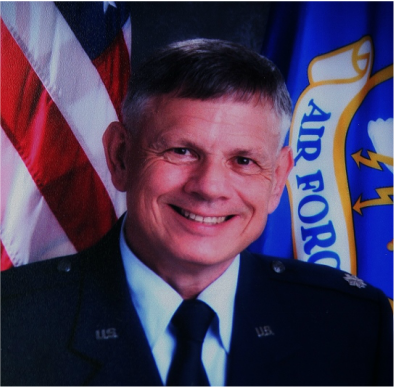 Lt. Col. Thomas A. Barrett is the Senior Aerospace Science Instructor at Northwestern High School, in Rock Hill, South Carolina. Lt Col Barrett served as an NCO and Officer for twenty-eight years, primarily as a Security Forces Officer. He was a Security Forces Squadron Commander in California and South Korea, and served as a Deputy Group Commander in Japan. In 2001, Lt Col Barrett started his career in education at Hampton High School, Hampton, Virginia where his Air Force Junior ROTC unit was the Best in Virginia in 2003 and was recognized as an Air Force Junior ROTC distinguished Unit for five years.

Lt. Col. Barrett subsequently served with the Multinational Force and Observers in Egypt and Israel for six years, serving in a unit that conducts aerial reconnaissance and ground verification missions to monitor compliance with the Egypt-Israel treaty of peace. He returned to education in 2013 with the Air Force Junior ROTC program at Northwestern High School and also serves with the video crew for the Northwestern Trojan football team.

Lt. Col. Barrett is a graduate of the Police Administration Institute at the University of Southern California, and the FBI National Academy in Quantico, Virginia. Lt Col Barrett has a Bachelor’s Degree in Criminal Justice from San Jose State University, a Masters in Management from Webster University, and an Ed.S in Education from The George Washington University. He is federally certified as an Air Force Junior ROTC Instructor in South Carolina, has a lifetime certification in the California Community College system, and is a licensed K-12 teacher and administrator in Virginia.