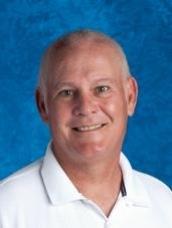 I am a native of Reed City, Michigan and was hired as the Associate Director of Bands and Director of Jazz at Northwestern High School in 1997 and have served as the Director of Bands since 2012. During my tenure at Northwestern, the bands have earned consistent superior ratings at state and regional festivals and have consistently earned the SCBDA Outstanding Performance Award. The NHS Bands have performed at state and national music conferences and have traveled to perform in New York, Chicago, Dallas, London, and Hawaii. In addition to my work at Northwestern, I also assist with the Dutchman Creek Middle School and Rawlinson Road Middle School band programs.

I also work as a freelance musician in the Charlotte region. I am currently the principal trumpet in the Central Piedmont Community College Summer Theater Orchestra, have recorded with the Charlotte Jazz Orchestra, and perform regularly at churches in Charlotte and Rock Hill. I am a graduate of Central Michigan University (BME) and Bowling Green State University (MME). I am married to Hilary and have three children, Elizabeth, Andrew, and Olivia.